Aylan Kurdi was on his last journey. Hundreds of miles away from the conflict that has ravaged Syria for the last 4 years, he was headed to the safety of continental Europe’s shores. Or so he thought.

Instead, unknown to him, the toddler’s fate was set to take a different turn. He drowned as he attempted to cross the small stretch of Mediterranean Sea between Turkey and Greece. You’ve all heard of this young boy.

Over the last few days the images of his little body, face down, on a Turkish beach have been shared around the world and have galvanized people to step in and help.

One of the largest mass migrations of the last century, it is the largest Europe has seen since the end of World War II. According to the United Nations, more than 3,000 refugees are pouring into the Balkans every day as they attempt to flee their war torn country.

Driven away by a war that has killed more than 250,000 people over the last 4 years, more than 11 million Syrians have already been displaced.

Faced with misery on such a scale, what can anyone do?

While Europe’s politicians squabble about how many refugees any country can or can’t, should or shouldn’t, or must or mustn’t take in, others are attempting to fill the void.

Help is flowing in from all corners of society. Giants like Real Madrid and Bayern Munich have each donated $1.1 million to aid the refugees and Juha Sipila, Finland’s Prime Minister, has offered to house refugees in his home. Sports fans across Europe have displayed banners “Refugees Welcome”, while some teams like Hamburg have offered to house refugee camps near their stadiums.

In contrast to the inertia affecting most of Europe’s leading politicians, Germany’s Angela Merkel has said her government won’t turn refugee applicants away. Since then refugees have flowed into Germany as 10,000 arrived only this past Saturday. And, by year’s end, many estimates suggest that 800,000 will have reached the country.

But it’s not the politicians or celebrities who are standing out. In fact, it’s people like you and me. Thousands of people all across Europe have risen up to help in any way they can.

Only this past weekend, one of the clearest examples of how a failure of political leadership was addressed by local organizations and volunteers. When a group of 1200 desperate refugees tired of living in misery in Hungary started on a 110 mile trek to Austria with little food and water, a convoy of 140 vehicles left Vienna loaded with supplies to meet them as they reached the Austrian border and help them across. And as the refugees crossed, the volunteers clapped and chanted: “Say it loud, say it clear, refugees are welcome here”.

Scenes like these are not rare, they are taking place all across Germany and Austria. Here’s an example as refugees arrive at Frankfurt’s main train station.

Taking matters even further, ordinary citizens have also started using tech to help Syrian refugees in Europe. Technological innovation has helped improve people’s lives all over the world, so it’s probably of little surprise that young clever people are finding a way to put it to good use here. 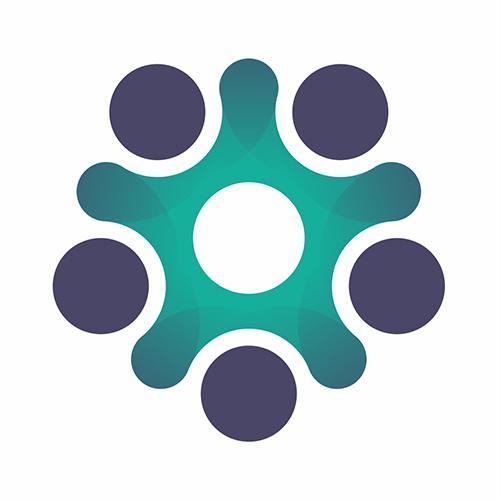 Arguably one of the most impressive stories of the use of tech to help Syrian refugees in Europe is that of Gherbtna, a smartphone app. Developed by Mojahid Akil, a Syrian refugee in Turkey, the app aims to give new refugees in the country a step-by-step guide to receiving help.

The free app offers a wide range of services including how to find housing, medical services, food, and schooling. So far the app has been downloaded more than 10,000 times.

Serving as a poignant reminder of the situation the refugees are in, Gherbtna is Arabic for exile and loneliness. Similar to Gherbtna, Welcome to Dresden is another clear example of the successful use of tech to help Syrian refugees in Europe as the app helps refugees as they arrive in Dresden. Developed by 2 German IT companies, Heinrich & Reuter Solutions and Saxonia Systems, the app seeks to help refugees get registered and find health information as well as details about accessing basic local services.

Dubbed as an ‘Airbnb for refugees’, this German nonprofit is matching refugees up with Germans and Austrians who have a spare bed. They do this through their platform which allows people to list their flats as the team of Refugees Welcome then works with local organizations to match people up with a suitable flatmate.

While this may be an unexpected use of tech to help Syrian refugees, they have already successfully housed 138 refugees.

After the basic necessities have been addressed like shelter, food, and clothing, one of the crucial issues that need be resolved is that of education. This is where Creative’s use of tech to help Syrian refugees in Europe and across the Middle East and North Africa is key.

They found that there are more than 500,000 children out of school at the moment as well as hundreds of thousands who are being taught in curriculums they aren’t prepared for like the Jordanian, Lebanese, and Libyan curriculums. The consequences are dire for their future if nobody tends to their education today.

This is why Creative has developed a cloud-based learning plan based off of the national Syrian curriculum that children will be able to follow via the computers in kiosks in the refugee camps. The goal is to have a centralized education solution for each registered student.

Istanbul-based humanitarian organization Support to Life has been using tech to help Syrian refugees in Europe for the last couple of years.

This organization has integrated technology at every step of its plan to support refugees from communicating with them (via SMS as they don’t stay in the same place for long), to the delivery of aid, and even to how they measure the impact of their aid. They are able to collect data on the refugees through questionnaires that are completed on iPads and the distribution of cash cards to monitor what is being bought.

This allows them to collect sufficient data to better understand what can best help refugees.

This organization’s efforts have already helped more than 20,000 refugees. 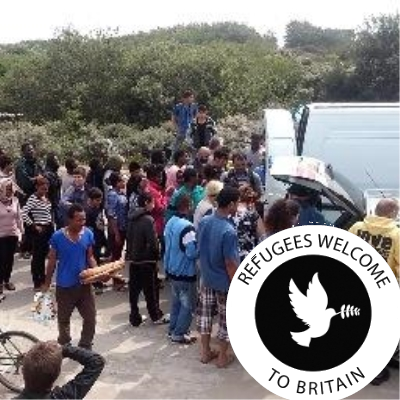 But one doesn’t need to create their own app or organize their own nonprofit organization in order to use tech to help Syrian refugees in Europe.

As many groups, like the London-based London2Calais has demonstrated Facebook is an extremely powerful tool to rally people to support those in need. Mona Dohle and Syed Bokhari, a couple in West London, drove a van full of supplies to Calais in August. After seeing the miserable conditions of the growing camp of approximately 4000 refugees just off the French coast, they decided to organize. So far they have managed a few trips down to France loaded up with supplies.

Their next major convoy of vehicles loaded up with supplies is scheduled for Saturday, October 3rd. You can find information about how to help here.

What about beyond the use of tech to help Syrian refugees?

If you can’t build your own app or use tech to help Syrian refugees in Europe, here is a list of some of the charities where your donation will have the great impact.

Remember, no donation is too small. Every bit helps. As an Icelandic Facebook group called Syria is Calling so eloquently put:

Refugees are our future spouses, best friends, our next soul mate, the drummer in our children’s band, our next colleague, Miss Iceland 2022, the carpenter who finally fixes our bathroom, the chef in the cafeteria, the fireman, the hacker and the television host. People who we’ll never be able to say to: ‘Your life is worth less than mine.’ The nonprofit industry has recognized key innovation trends that can help them attract new volunteers and spread their message globally. Here are the 10 to watch: Roundtable: Why purpose is a marketing leader's best ally

What is brand purpose and why should businesses and their marketing teams develop one? A degree in Economics and a focus for setting up his own business was all part of the plan, until a trip to Asia changed Josh Littlejohn's direction.